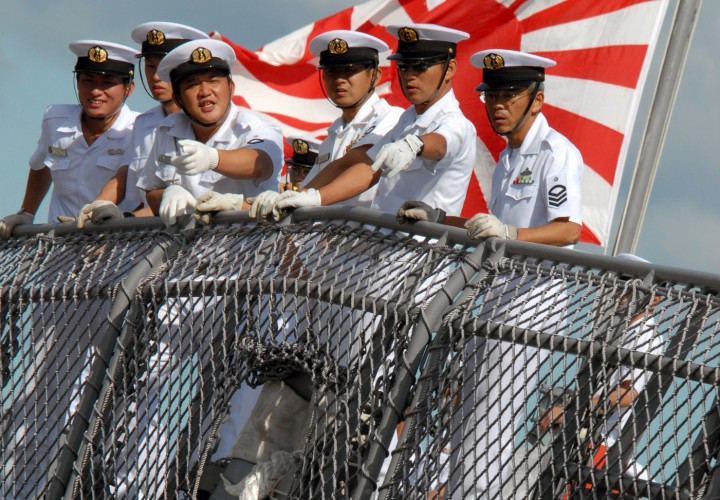 In a decisive move, in July 2014, Japan decided to lift the ban on its armed forces fighting overseas, marking not only the first change to its 70 years old pacifist constitution but also demonstrating to what extent Asian dynamics in the past decade have been changing. From now, Japanese forces will be able to fight overseas alongside its allies were they to come under attack. In the past, the Japanese Self Defense Forces (SDF) created at the end of the US occupation of Japan were restricted to deal with internal threats and national disasters, while any external threats were to be handled by the US. While, the SDF did participate in international peacekeeping operations such as Kosovo and, more recently, in Iraq, the Constitution prohibited them from fighting abroad in any offensive/defensive operations. This is the change.

While this is good news for the US who seeks to redistribute its military expenses in the region on a solid ally as they face the rise of China, this will complicate matters with China. Moreover, while the Japanese Army has often been labeled the « invisible army » (As the Constitution banned it from having a traditional standing army) , its SDF forces are highly sophisticated and rank 6th in the world (Michael Fitzpatrick, August 2013, “Inside Japan’s Invisible Army”). The Japanese government also recently pledged to increase spending from Y23,97 trillion over the next five years, up from Y23,37 trillion (About 215 Billion US dollars) over the last five years. In addition, between 2014 and 2019, Japan plans on buying three unmanned drones from the US in addition to 28 F-35A fighters, 17 Osprey aircrafts, six additional submarines, and five naval destroyers (Justin McCurry, December, 2013, “Japan Increases Defense Budget Amid tensions with China”, The Guardian).
Sino-Japanese relations have never been lower as China increasingly flexes its muscles over regional issues. A recent poll indicated that 80% of Japanese held negative views on China, with 86,8% Chinese holding negative views on Japan and that 56% Chinese and 29% Japanese expected a war between the two nations. (Demetri Sevastopulo,  September, 2014, “Majority in China Expect War with Japan”, The Financial Times) China and Japan have been at odds over several issues. Much has to do with the Chinese perception that Japan has not sufficiently acknowledged its belligerent role in World War II (WWII). Indeed, Japanese Prime Ministers have repetitively visited the controversial Yasukuni Shrine in which several Class-A war criminals have been enshrined and which is viewed by China as « the symbol of the brutality of Japanese rule and military expansion » (Bruce Einhorn,  August, 2014, “Why Japan’s Controversial Shrine Infuriates China and Korea”, Business Week). While this year, Japanese Prime Minister Abe decided to not visit the controversial shrine on August 15, several of his cabinet ministers did so nonetheless and Abe did send a donation (Reynolds, Sanderson and Takahashi, August, 2014,  “China Protests After Abe Makes a Donation to War Shrine”, Bloomberg). The Yasukuni controversy revolves behind its enshrinement of 14 Class-A war criminals. Yasukuni claims that all men that served Japan deserve the right to be enshrined and in a move that further angers its neighbors, argues that these war criminals had only been labeled such by an occupying power: the United States. It therefore directly questions Japan’s fault in the war. 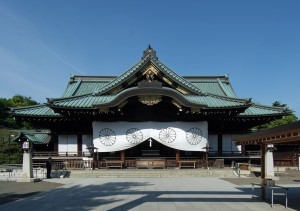 The history textbook issue also continues to cause dents between Japan and China. After the end of the war, recognizing the importance of history education in the creation of a new generation, US officials ordered that all history textbooks go through a selection process managed by the Minister of Education, Culture and Sports in order to avoid any militarism. There has been a conservative turn in the last two decades regarding to the content that is being approved by the Ministry. Indeed, more emphasis is being made on how to render the war more « positive » for Japan. In the 1990s, the majority of history textbooks contained references – albeit short – on the Nanjing Massacre, Unit 731 (The Japanese unit responsible for conducting medical experiences on prisoners of war), and comfort women for Japanese soldiers. Today, less is being said with regards to these issues and some books make no reference to them. In the latest controversy harming Sino-Japanese relations, is the 2002 history textbook compiled by the extreme right that managed to get the Ministry’s accreditation putting to question the neutrality of the Japanese State to such groups.

While the aforementioned issues between Japan and China have remained more diplo-political spats, the Senkaku-Diaoyo Island dispute is increasingly becoming militarized. These eight inhabited islands in the East China Sea officially belong to Japan but this ownership is contested by China as it claims that Japan lost these territories at the end of the war (This despite no Chinese objections to either the San Francisco Treaty (1951) or Okinawa Reversion Deal (1971) which returned the Islands to Japan). These islands lie near important shipping lanes and are close to potential oil and gas reserves that are essential for energy poor China and Japan. The underlying tensions exploded in September 2010 when a Chinese fishing boat collided with a Japanese coastguard, bringing Japan to arrest the Chinese captain enflaming the two countries (About this issue, check out the analysis on Global Research). In 2012, the outspoken right-wing Governor Ishihara of Tokyo claimed that he would buy the islands, prompting the Japanese government to announce that it had bought the islands for the sum of Y2,05 billion (The equivalent of $26,2 million, see  Linus Hagstrom, September 2012, “China-Japan Tensions over Senkaku Purchase an Orchestrated Affair”). Rather than pacifying China, this antagonized it. In November 2013, China claimed that all aircrafts entering the Island zones would have to issue a flight plan, as they are a « core interest » for China. Today, Chinese government patrol and surveillance ships regularly enter the territorial waters of the Islands, prompting Japan to increase its policing fleet around them.

Faced with a rising China and a nuclearized North Korea, Japan is in an increasingly uncomfortable geopolitical environment, as such, it is seeking to assume a stronger stance. Many believe that this recent Constitution change enacted by Japan reflects these changing dynamics. While, the Japanese people remain divided with the enlarged role of their military, it does reflect a significant success of the increasingly important Japanese nationalist right wing. With a Japan coming to terms with its military and more proudly acknowledging it, the East Sea should be kept on our radars. 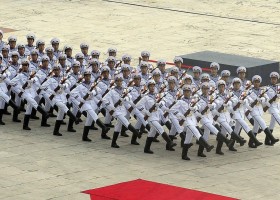 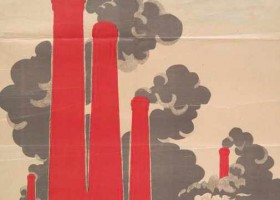